London Bridge/Tooley St, New scheme
Report 9am, Tues 3 May.
Not too bad.
Problem with pedestrians crossing on long diagonal adjacent to new crossing.  Ending up on cycle lane well behind the stop line!


There were no buses and traffic was light.  May need some restraints on station side of Tooley St, but bus stop a problem.  Certainly more notices. 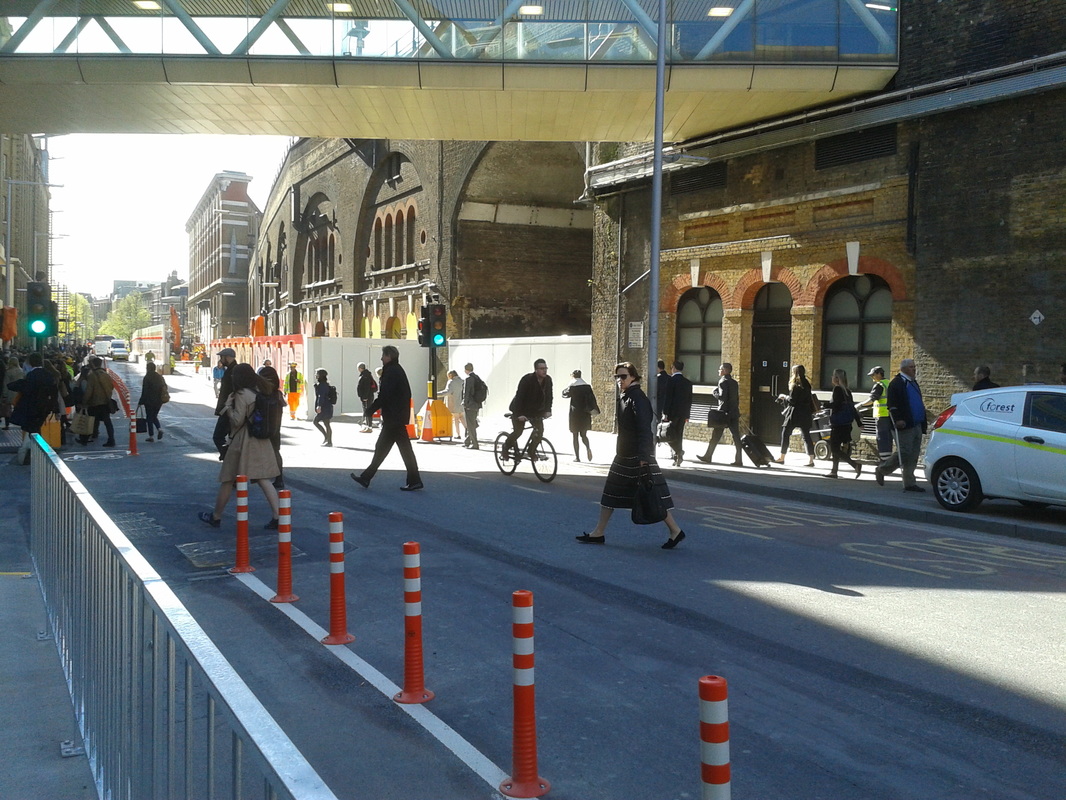 There are also other bike central London marking events listed at http://www.met.police.uk/transport/cycle_marking.html
Grange Get Cycling Project 2013
Successful attempt to do a cycling promotion campaign based on just one Council Ward in Southwark
Details here   including final report and proposals for future
Small presentation about healthy rides
Prepared for Peckham Community Council stand, March 2, 2013
Information about healthy rides and about Southwark Cyclists