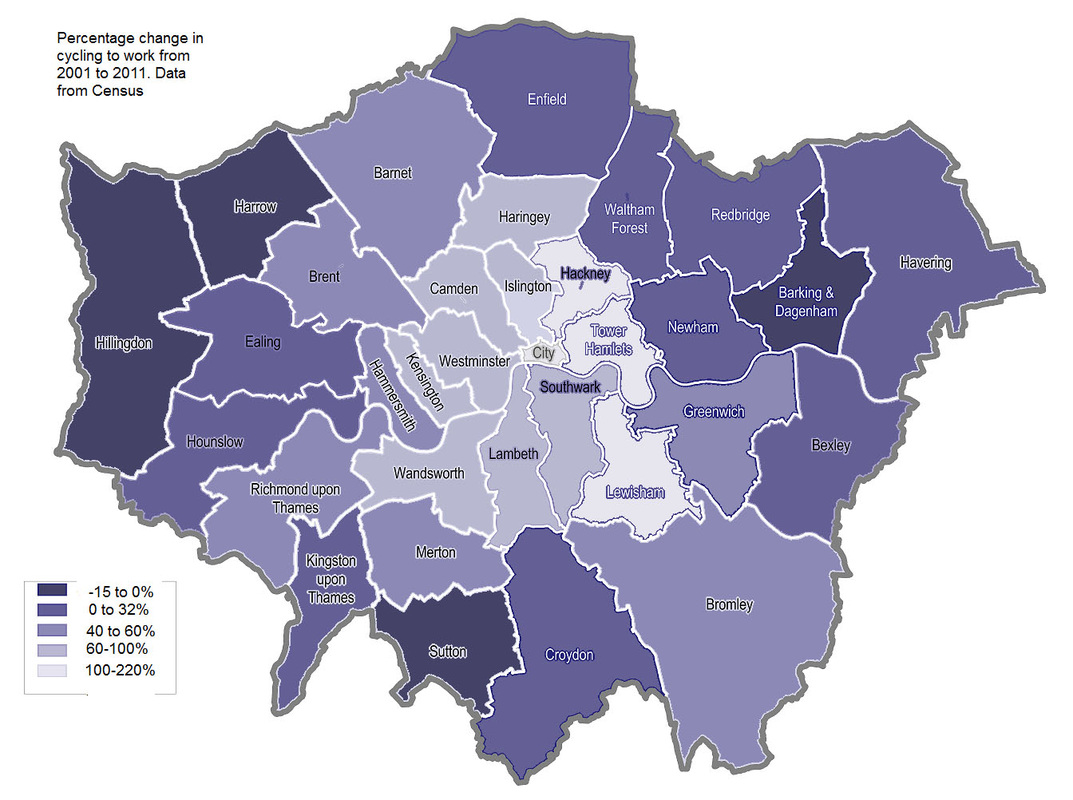 Four boroughs more than doubled cycling to work from 2001-2011 according to Census data.  The City showed the biggest change (+212%) followed by Hackney, Tower Hamlets and Lewisham.  In contrast 4 boroughs had a fall in cycling to work, Sutton, Hillingdon, Harrow, and Barking & Dagenham.  Overall there is a clear concentric pattern with inner boroughs showing large increases and outer boroughs small increases or falls.  Note these are % changes.  The absolute increases are greater in those boroughs with a high 2001 level, such as Hackney and Islington.  Although % increases are high in City and Tower Hamelts, absolute increases are smaller as they start from a low base in 2001.  Data on actual levels is in the spreadsheet below.
Note that overall London showed a much larger increase than the rest of England, where cycling to work actually showed a small fall.